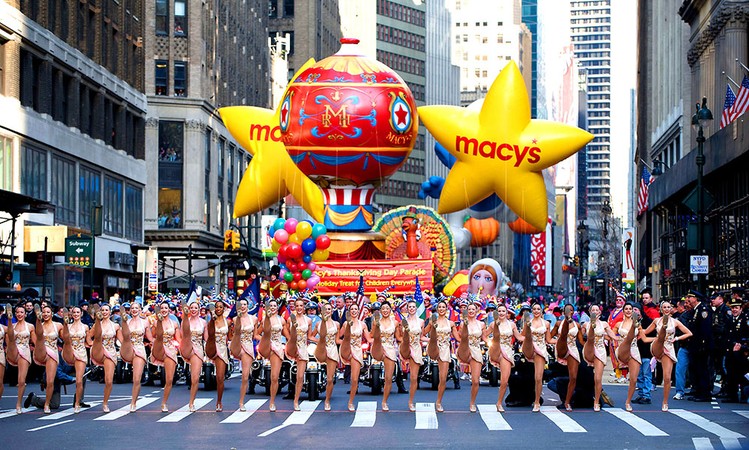 You will always find some type of event happening in New York City regardless of the time of year you plan to vacation there. New York hosts everything from art exhibits to rodeos, film festivals to car shows. Many of the events staged in New York year after year have become world famous, attracting both tourists and locals to join in the celebrations. Not sure when to plan your trip to New York? Read on to learn when some of the most exciting events are taking place in New York this up coming year, and stay tuned to AAMCAR’s website for more exciting information to be posted.

New York knows how to kick off holiday’s right, so why don’t you plan to visit the Big Apple during a season of celebration? You’ll have to keep your New York rental car back at the hotel though because many of these parades shut down some of the main streets of the city. Parades include the Columbus Day Parade celebrating the founding father of the Americas, the Easter Parade that features wacky hat designs and colorfully clad pedestrians, the Labor Day Parade that salutes the many men and women who make New York great and of course the Macy Thanksgiving Day Parade that includes wonderfully decorated floats and even Santa Clause is known to make an appearance!

Parades not really your cup of tea? How about fireworks? When you plan a vacation to New York City during the Fourth of July weekend you’ll be sure to catch an eyeful of color in the sky! Macy’s 4th of July Fireworks celebration features barge loads of fireworks that can be seen throughout the city, whether you’re sitting parked in your New York rental car or watching from the balcony of your hotel. These colorful spectacles are shot out over the East River. Before the fireworks get underway at night, be sure to drive your New York rental car over to historic Battery Hill to watch the Battery Fourth of July Celebration that features live outdoor concerts on the lawn.

How about searching for some Easter egg fun? If you visit the NYC area during this holiday you can participate in a classic New York tradition. The Annual Easter Eggstravaganza will involve a little bit of exploration in your New York rental car, but seeing the smiles on your children’s faces will make it all worth while! First you can create your own Easter bonnet at Cherry Hill, before you begin the Easter egg hunt at the Bethesda Fountain. There are also puppet shows, arts and crafts and an Easter bunny petting zoo at Rumsey Playfield.

By far the most famous event in New York is the Times Square New Year’s Eve Celebration and Ball Drop hosted by the one and only Dick Clark! Hundreds of thousands of people flock to Times Square to watch the ball descend over New York City, ringing in the New Year. The First Night in New York celebration also takes place New Years Eve, which includes live entertainment, orchestra performances and other shows. If you don’t want to brave the crowds and the cold you can always tune in on your hotel room TV to Dick Clark’s Rocking New Years Eve Celebration.

Other events in New York include the Feast of San Gennaro Festival, the Annual American Crafts Festival, Fleet Week and many, many more! Visit www.iloveny.state.ny.us/search/events_index.asp to search for more events during your stay in New York City.