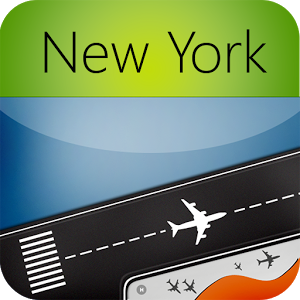 John F. Kennedy Airport is the busiest airport in New York, handling over 30 million passengers annually. JFK has nine terminals and hosts over 80 international airlines that travel the globe everyday! JFK is located a short 15 mile New York car rental drive from Manhattan in the borough of Queens, making it easy for travelers to get in and out of New York City. John F. Kennedy Airport originally opened as the New York International Airport in 1948, but was renamed for the president in 1963. JFK Airport is equipped with numerous hotels, shops, restaurants and New York car rental parking garages, making it a great entryway to NYC! Read on for more information on terminals and services available at JFK, or feel free to visit AAMCAR Discount Rental Cars other New York airport pages Newark International Airport and La Guardia Airport.

When you’re leaving the Big Apple after your business trip or vacation there are a few things you need to do. First, you must drop off your New York car rental, and then you must find your departure gate and the corresponding terminal. Now, JFK is a pretty humongous facility, so you may wish to do a little research and planning before embarking on your return trip home! Listed below is a brief description of the terminals at JFK and their approximate location.

These terminal are next to the Van Wyck Expressway and include gates 1 to 10 (Terminal 1), gates 19 to 30 (Terminal 2) and gates 1 to 18 at Terminal 3. Terminals 1, 2 and 3 all service international flights include major airlines like Virgin Atlantic, Air France, Delta and Japan Airlines. These three terminals have a convenient parking garage centrally located between the three separate buildings, for those of you who need to park your New York car rental.

Terminal 4 is located north east of Terminal 3 and includes gates 9 through 21 and 24 through 35. Terminal 4 has two separate wings, the East and the West which service more international airlines including Continental, Northwest, Air Portugal and many more. Terminal 4 has its own parking garage.

These three terminals form the northern top of the central terminal circle and include gates 21 through 45 (Terminal 5), 1 through 7 (Terminal 6) and 1 through 12 at Terminal 7. These terminals service both domestic and international flights and include major airlines like Air Canada, United Airlines, America West and many more. Terminal 5 at this point in time is currently closed for renovations. A parking garage is available out front of Terminal 7 for those of you who need to park your New York car rental. Terminal 7 is also located next to the JFK Expressway, making locating the terminal in your New York car rental easier.

John F. Kennedy Airport has a wide variety of services available for weary travelers. If you are an international traveler and need to exchange foreign money for American dollars there are bureaux de change Kiosks in every terminal, excluding Terminal 6. Other banking facilities are available in Terminals 3, 4 and 8 while cash machines, (automatic teller machines) are located in every terminal, excluding terminal 6. Restaurants and shops are located in every terminal offering a wide variety of snack, meal and entertainment options. Bus are available for travelers who wish to visit shops in a terminal other than theirs, but be aware that these buses get very busy during peak hours.   european kitchens   Discount Perfume

Visiting New York City is an exciting adventure, and flying into the ever active John F. Kennedy Airport makes for a great first glimpse of the Big Apple!