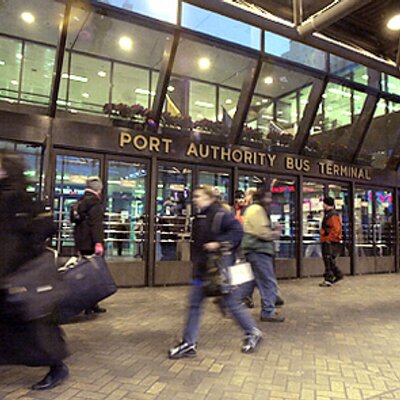 Before driving away in your Manhattan car rental during your next stay in NYC, its important to get educated on the major roadways, tunnels and other transportation hubs in the city. A good place to start this learning process is at the Port Authority of New York and New Jersey! The Port Authority is in charge of maintaining and managing major bridges, tunnels, bus terminals, seaports, PATH transportation and even bus terminals in the bi-state region, while at the same time playing a major role in trade capabilities throughout the area. The Port Authority is proud to provide New York residents and visitors with a variety of wonderful facilities and services, perfect for helping you navigate the busy metropolis of NYC. The Port Authority is proud to provide the city of New York with safe and efficient roadways and transportation links, creating a great environment for Manhattan car rental road trips!

A Brief History of the Port Authority

The port which separates New York and New Jersey was once an area filled with controversy, as both sides fought to own this vital source of trade and wealth. Throughout the 19th century political unease was a prominent feature of the area until an agreement was reached thanks to the Treaty of 1834. After years of fighting the people finally agreed that the port was, in effect, one community, and on April 30, 1921 the Port of New York Authority was established to govern the interests of both New York and New Jersey Harbors. In 1972 the agencies name was modified to more accurately and equally identify the role of this bi-state agency.

The Port Authority of New York and New Jersey is a vital part of every transportation service in the city, including your Manhattan car rental, so be sure to check them out during your stay in NYC. If youd like to visit their official website today, just surf on over to www.panynj.gov for more information. The Port Authority is also available by phone at 212-435-7000.