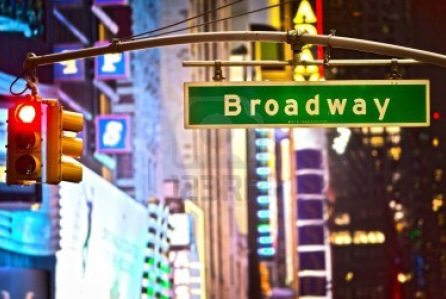 By:: Martin In:: Travel Guide

Broadway is the oldest north-south main thoroughfare in the city. This street is famous for the theatre industry by the same name. However, it was once an Indian trail carved into the bush that occupied Manhattan Island. It runs the length of Manhattan and crosses to the mainland over the Broadway Bridge. In fact, you can take it past Albany all the way to Champlain, New York with your New York car rental. Here, the road ends at the Canadian border.

Broadway is perhaps best-known for its theatres that have many large-scale plays, mostly musicals. The Theatre District is located near Times Square, at Broadway and Seventh Avenue in midtown Manhattan. This area is possible the most-recognized street in the world, being featured in many movies and television shows. There are almost forty larger professional theatres in this area, with many more smaller ones as well. Musicals such as Rent, Les Miserables, and Phantom of the Opera have been performed on Broadway and have been critically acclaimed. The Phantom of the Opera is the longest running musical with 7486 performances. To see a play, drive down to Duffy Square with your New York car rental. Here, you can buy same-day tickets for many Broadway and Off-Broadway shows for up to half the original price off. Shows that are currently playing include Chicago, The Odd Couple, The Color Purple, Mamma Mia!, The Lion King, The Producers, and many, many more. Seeing a Broadway play if you are able to is part of the New York experience, so come down with your New York car rental and catch one!

Also near Broadway playhouses is Times Square, an iconic image of New York. Whether you drive through with your New York car rental or want to see it in person, this is an amazing sight. In the morning, this is where Good Morning America is broadcast, and there are plenty of shops, movie theatres, and restaurants as well. A large police presence in the area in recent years has made the area much safer.

Union Square is an important historic landmark in New York City, and it is noted for its farmers market, held Mondays, Wednesdays, Fridays, and Saturdays. The park is also notable for its political demonstrations.

Madison Square is a 6 acre public park at Madison Avenue, 23rd Street, 26th Street, and Fifth Avenue. The park was made famous by Madison Square Garden, a large sports arena where large concerts are often held. This is a great place to visit during the day with your New York car rental to relax and check out the historical landmarks, or come at night to Madison Square Gardens to catch a concert.

Traveling north in your New York car rental on Broadway, you will also pass Central Park, the Julliard School, the Lincoln Center, and Columbia University. Whether you want shopping, entertainment, performing arts, or history, Broadway is the street to visit in New York City.