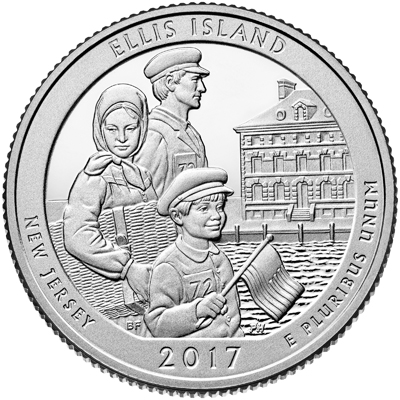 Ellis Island, located off the tip of Southern Manhattan is a 27.5 acre historical site tied to some 12 million American immigrants! In fact, it has been estimated that half of all Americans can trace their family history back to this tiny island, which served as a major immigration site between 1892 and 1924. Today Ellis Island is one of the most popular historical attractions in the US, with over 3 million international travelers visiting each year! Both the island grounds and ferry ride are a favorite destination for thousands of New Yorkers, so be sure to stop by on your upcoming New York discount car rental trip. This beautiful New York Harbor Island offers the perfect mix of old and new, providing visitors with a glimpse at the past and a clear view of both the New York and New Jersey skyline.

If youre planning on visiting Ellis Island in your upcoming New York discount car rental remember to bring a camera and plenty of film, because this is an experience unlike any other! Open from 8:30am to 6:15pm, Ellis Island is a free New York City attraction located just miles from New York Harbor. Open everyday expect for Christmas, Ellis Island houses a comprehensive museum of immigration dedicated to explaining New Yorks place in American immigration history. Ferries depart for the island approximately once and hour so be sure to stop by early to grab a seat. The last boat departs Ellis Island every night at 6:30.

A Brief History of Ellis Island

Between the years of 1892 and 1954 Ellis Island was used as a medical and legal inspection station in charge of reviewing the papers any immigrant wishing entrance into the United States. Over 12 million immigrants from around the world visited Ellis Island in the sixty-two years it was functioning, making it one of the largest immigration centers in the history of the United States. Today Ellis Island is proud to replicate the immigrant experience through a nationally recognized museum and park. From photographs to family history, Ellis Island is overflowing with information, so be sure to check it out during your upcoming New York discount car rental vacation!

Attractions on the Island

If youre planning on reserving a New York discount car rental here at AAMCAR, we strongly encourage you to take the time to visit this exciting historical monument. Who knows, maybe youre great-great-great grandparents records are waiting for you on Ellis Island!